What to do when your child gets chicken pox

In light of my toddler recently contracting Chicken pox and parents asking me for advice on treatments that help, I decided to write this post…

Most children catch this common childhood illness at some point. It is caused by a virus and is spread quickly and easily through the coughs and sneezes of an infected person. It takes 7–21 days for the symptoms to show after you have come into contact with the virus. This is called the ‘incubation period’. Someone with chicken pox is most infectious 1–2 days before the rash appears until all of the blisters have crusted over. This usually takes 5–6 days from the start of the rash.

Chicken pox is most common in children under 10 years old and is so common in childhood that 90 per cent of adults are immune to it, as they have had it before. Children usually catch chicken pox in the winter and spring months, particularly between March and May. Due to chicken pox being so contagious, around 90 per cent of people who haven’t previously had it will become infected when they come into contact with the virus.

Some children only have a few spots but in others they can cover the entire body. It is possible to get chicken pox more than once, particularly if your child only had a mild case of it and not very many spots. Usually (in most cases) you develop antibodies to the infection first time round and become immune to catching it again. Some people simply don’t develop the antibodies needed to protect them against re-infection but experts generally agree that if you have had it once, then you are unlikely to get it again.

Pregnant women are at special risk of serious problems if they catch chicken pox, so if your toddler catches it and you haven’t already had the virus and are pregnant, seek medical advice as soon as you are exposed to the virus or develop chicken pox symptoms. You can ask for a blood test to check if you are already immune.

Chickenpox in children is considered a mild illness and in most cases your child will not need to see a GP. You can expect your child to feel pretty miserable and irritable while they have it and they are likely to have a fever for the first few days. The spots can be very itchy. 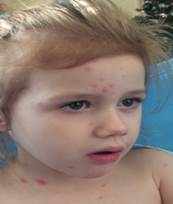 To help relieve symptoms for your child: 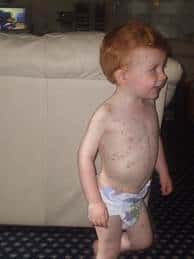 When to see a doctor

If the blisters become infected or if your child has a pain in her chest or has difficulty breathing, seek
medical advice, as with any other symptoms you are worried about.
Please SHARE this post if you found it helpful and think it would also help other parents. What
treatments did you find helpful?

The birthday boy! Happy birthday to my eldest son… 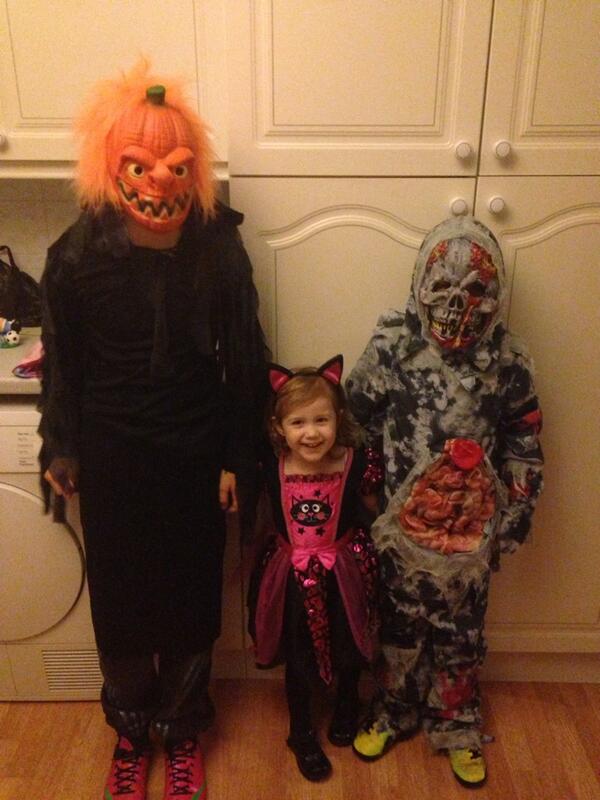 Review of ‘A monster ate my mum’ by Jen Faulkner