Daylight saving time in the UK

With daylight saving time in the UK and the clocks due to go back 1 hour, you may be wondering how to deal with that if you have a baby or toddler.

I keep hearing the presenters on the radio saying, 'Don't forget the clocks are going back this weekend so we all get an extra hour in bed!' Hmmm those who say that clearly do not have a baby or toddler do they?!!

Maybe the person who decided it would be a good idea to alter the clocks twice a year didn't have children!

For us parents our usual 7am riser will now be waking us up when the clock reads the new time of 6am instead!

Not much fun at all!

Don't despair though...you can do something to help your little one adjust to the new timings without you all feeling exhausted from losing an hours sleep.

If you have a small baby who is still having a late feed around 10:30/11pm and possibly even a night feed, then you can adapt feed times to help deal with the time change.

Put baby to bed at their normal bedtime around 7pm and when you wake them for the late feed, then wake 30 minutes later than you usually would and put the lights on, change nappy and chat to them for a good 15 minutes if possible before you feed. Then resettle back to sleep. This should push their night waking for a feed back, which will also help their waking time in the morning.

Even if they wake early then try to feed as close to the new timing as possible.

With older babies who don't have a late feed or night feed anymore then in the days building up to the clock change, you can aim to put to bed 15-20 minutes later than normal each night. This will mean that the clock moving back 1 hour will achieve a near normal wake up time.

Ultimately they (and you) have still lost an hours sleep overnight though, so be prepared for them to be slightly more tired and adapt nap times if needed to accommodate that.

Again, you can build up to the clock change by putting your toddler to bed 15-20 minutes later each night in preparation. If they have a gro clock from the gro company that depicts a sun and moon face, so your toddler understands when it is the right time to wake up, you can also alter the time on this to 15 minutes later than usual, in the days leading up to the clock change.

If you are using a wake up lamp on a timer, to help your toddler understand when it is morning, then again just alter the time it is set to come on.

On the night the clocks go back by one hour the set your toddlers wake up clock for 7am.

If you do get an early wake up, then go in, reassure and encourage them to settle back to bed until their clock or lamp comes on.

If they seem really wide awake then you can suggest they read some books quietly until its morning time without making any noise and waking the rest of the people in the house up.

It's normal for babies and toddlers to be a little bit unsettled and cranky for a day or two after the clock change, but just tweak your daily and bedtime routine slightly until you get them back in sync with the new time. 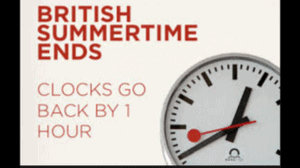 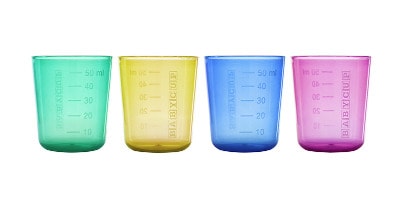