How many languages are spoken at home

Position in the family

Reliance on a dummy or sucking their thumb/fingers

Understanding speech
Understanding always comes first and if you spend time every day talking to your toddler about anything and everything then by hearing speech and being encouraged to begin to communicate back to you in some way, she will gain confidence and her language skills will develop naturally over time.

*Give tasks to do to follow instructions I.e go and put that in the bin, can you go and get the ball?
If she understands and can follow simple instructions then that is half the battle

*Talk to her as you are doing things and give her the opportunity to talk back. 'Mummy is putting the washing on-can you say washing?' 'Mummy is making you a drink. Can you say drink?'

Even if her attempts at words are not clear or recognise able to begin with, the fact that she is vocalising and trying should be praised. That will encourage her to continue trying and with practice she will improve

*Read picture and simple word books together. Point out objects and encourage her to repeat words after you or ask her to point out the objects that you ask for. This is a fun activity to do which encourages learning and speech. You can also do this with objects around the house asking her to fetch you things or repeat words you say and praising when she tries

*Singing songs and basic nursery rhymes are a brilliant way to encourage speech. Many mums now consider them old fashioned but the repeition helps to reinforce vocubulary and they show how rhythm and inflection is used in speech. Short, repetetive rhyming stories do the same too.

All babies and toddlers develop speech at a different rate-some have a wide range of vocabulary by 2years already while others will be barely saying a word. Again, as long as they understand and can follow simple instructions, then the actual speech and language will come with time and you just need to continue to encourage it everyday and give her opportunities to vocalise.

All three of my children have been very different. My eldest was very advanced with speech and you could easily hold a conversation with him by the time he was two years old. In contrast, my second son was the opposite and much slower at everything in comparison to his brother-teething, crawling, walking and talking. To be honest, because I had two children and my toddler was very loud, vocal and demanding, my younger son just happily fitted in and followed his brother around. I unfortunately had less time than i would have liked to spend encouraging his language and anytime he did make any attempt to talk or vocalise his needs or wants, my toddler would end up pointing out what he wanted and 'talking' for him.

Once my eldest went off to School, I had much more time to devote to my second son and his speech came on and improved very quickly!

My youngest daughter was born after my second son had already started school so she has always had me to herself during the day while her big brothers attend school. This individual attention has meant that, like her eldest brother who had the same, she has had an amazing language base from 18 months and has been easy for anyone to understand what she says from the age of just over 2.

Its normal for the actual pronunciation of the words your toddler says to begin with, to not always be exactly right.

It's important not to be negative or this will discourage her from even attempting to talk. You can encourage correct ways to say words by repeating them back to her when she says them without being negative. For example, if she says 'dink pease' then you repeat 'drink please? Is that what you would like mummy to get you?'

If your toddler has a dummy or sucks their thumb then this can affect the way they pronounce words-especially if they regularly try to talk with their thumb or dummy in their mouth. Always discourage this and ask them to take their thumb/dummy out as you can't hear what they are saying and then ask them to repeat it. Initially they may still say the word as if the dummy or thumb is still in their mouth. Just repeat the correct way to say it and they will pick this up over time as dummy and thumb use reduces.

All 3 of my children have had initial
Problems with pronunciation as two of them suck their thumbs and one had a dummy. My elder two progressed to gradually pronouncing words correctly with encouragement, by the time they started school and my youngest is almost there too. I find with her it's more forgetfulness and that she says a word as if she has her thumb in her mouth. However if I ask her to repeat it properly, then she can make the sounds she needs to.

As children learn to talk their sound system develops gradually with some developing earlier than others. 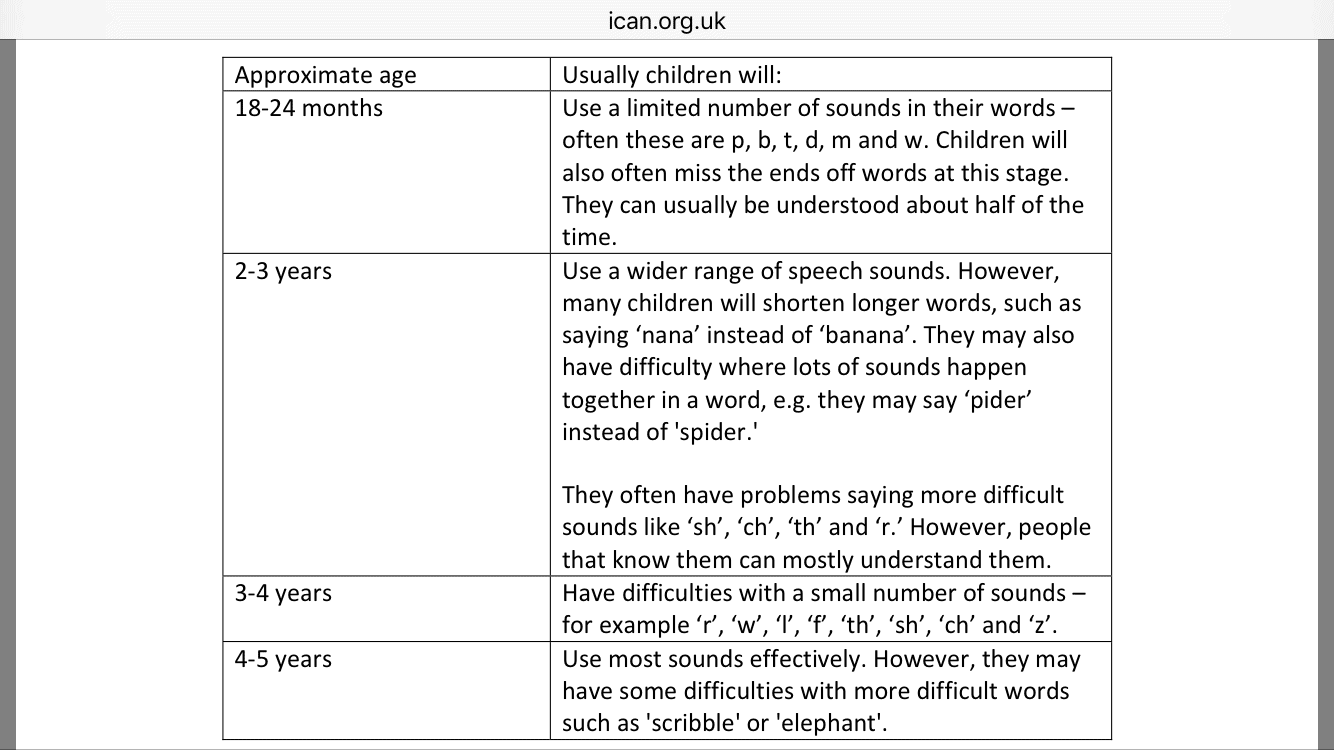 If you are at all worried about your child's speech or hearing then you should have a chat with your doctor or health visitor, who will refer you if they think it is needed

This is my journey to writing TBBE!Verses by suppo…

Such a beautiful video of first year of a baby who…