What Is flat head syndrome?

The technical name for this condition is plagiocephaly but it is more commonly known as flat head syndrome. The most common form is positional plagiocephaly, which occurs when a baby’s head develops a flat spot due to continued pressure on that area. Because babies spend so much time lying on their back when asleep for example, they may develop a flat spot where their head presses against the mattress. Experts have noticed a five-fold increase in misshapen heads since the advice to sleep babies on their backs came into force.

Another type of plagiocephaly is craniosynostosis, which is a birth defect in which the skull bones join too early  Babies born with this will need surgery to allow their brain to grow properly.

More rarely babies can develop positional plagiocephaly when movement in the uterus is restricted for some reason, e.g., the mother is carrying more than one baby or a breech baby becomes wedged under the mother’s ribs.

Many naturally delivered babies have a misshapen head for the first few weeks, particularly if you had an assisted delivery, e.g., forceps or Ventouse. This usually corrects itself by the age of six weeks, but if you still feel it is misshapen after this age or you have only just noticed a flat spot, then it is more likely to be due to your baby’s sleeping position.

If you do notice a flat spot from an early age, it will be helpful to take a photo regularly to observe any changes.

It is well worth mentioning your worries to your GP sooner rather than later. It is much easier to correct the condition while your baby is still young and the skull is soft and pliable. This becomes less so the older your baby gets, as her skull bones begin to fuse together in her two fontanelles.

In many cases a doctor may advise that you wait until your baby is over the age of six months, because any soft spot may round out on its own by then as your baby begins to sit up and crawl. If you have ensured that you have regularly changed your baby’s sleeping/sitting/feeding position and the flat spot hasn’t improved, then your doctor is likely to recommend that your baby is fitted with a custom fitted helmet to correct the shape of her head. This has to be worn for 23 hours a day and the treatment generally lasts two to six months depending on the age it starts and the severity of the flat spot.

The idea of your baby wearing something around or on their head on an almost permanent basis sounds terrifying to any parent. However, the helmets are very lightweight and when fitted on a young baby, they get used to them very quickly, and don’t have any sleep issues related to the helmet.

Out of all the babies I have worked with, just one has had to be fitted with one of these helmets. His head circumference was noted by the health visitor and doctors as being larger than an average baby’s head from when he was first born. It was then regularly monitored and never settled down. Both his mother and I ensured he had regular positional changes during his daytime play and at night, but he had to be fitted with his helmet at the age of six months. He adapted amazingly well to it within the first 24 hours, and had to wear it for the recommended 23 hours per day for just over nine months. It was removed for an hour at bath time every day and then put back on in time for bed. Nine months after having it fitted his head shape had normalised.

Thank you for reading, if this was helpful to you please like and share this post with your friends. By sharing we help each other too. 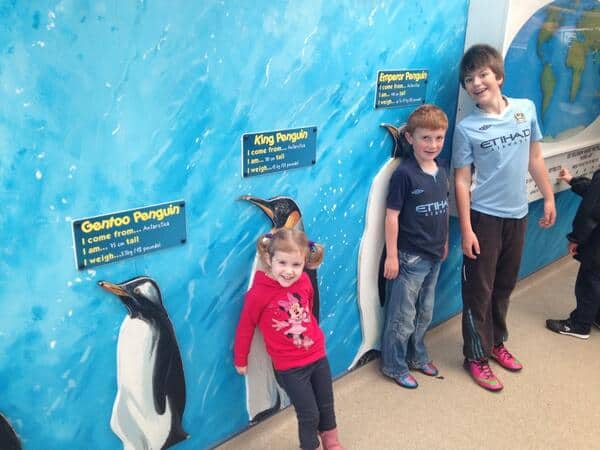